MANIT was started in 1960 as Maulana Azad College of Technology and it was named after the first Minister of Education, Maulana Abul Kalam Azad. MACT started functioning in 1960 at Govt S.V. Polytechnic with an intake of 120 students and seven faculty members. It was one of the first eight Regional Engineering Colleges.It is one of the oldest college of Madhya Pradesh.

At first, the college ran from the campus of Swami Vivekanand Polytechnic College. Swami Vivekanand Polytechnic principal, S.R. Beedkar, was the first head of the institute, under the title “planning officer”. The first principal, J.N. Mougdill, joined in 1962 and tt the same year the institute shifted to its current campus, which was inaugurated by the then Prime Minister of India, Jawaharlal Nehru.

The undergraduate courses at MANIT are offered through the the national level engineering entrance examination — JEE Main. As before JEE Main, admission process was done through AIEEE exam. The DASA scheme (Direct Admission for Students Abroad) is used for the admission for NRI and foreign students. For the postgraduate courses the entry is through GATE for MTech, NIMCET for MCA or through an institute conducted entrance test. Not to mention the Master of Business Administration course offered at College. The admission is through CAT for this course.

Get: Top Engineering Colleges in India

Student life at MANIT revolves around various student centered activities. For boys there are seven hostels, while girls reside in a single hostel with (A-F blocks each block with 70-90 rooms). There are organizations for student interests like SPIC MACAY – SPIC MACAY (Society for the Promotion of Indian Classical Music And Culture Amongst Youth). This is a non-political, nationwide, voluntary movement founded in 1977 by Dr Kiran Seth, Professor-Emeritus at IIT-Delhi who was awarded the ‘Padma Shri’ for his contribution to the arts in 2009.

Rajbhasha Karyanvayan Samiti — Official Hindi club set up under constitutional provision. The club works for promotion of Hindi by organizing events and campaigns. Dr. Savita Dixit, the coordinator of Hindi Samiti has been awarded Rajbhasha Ratna. Samiti organizes largest Hindi fest of country. Not to mention the ISTE MANIT Chapter and IEEE MANIT Chapter. The college also has Rotaract Club of MANIT — Society for social service and humanitarian causes. It is affiliated to Rotary International and has been working for causes in and out of the institute. 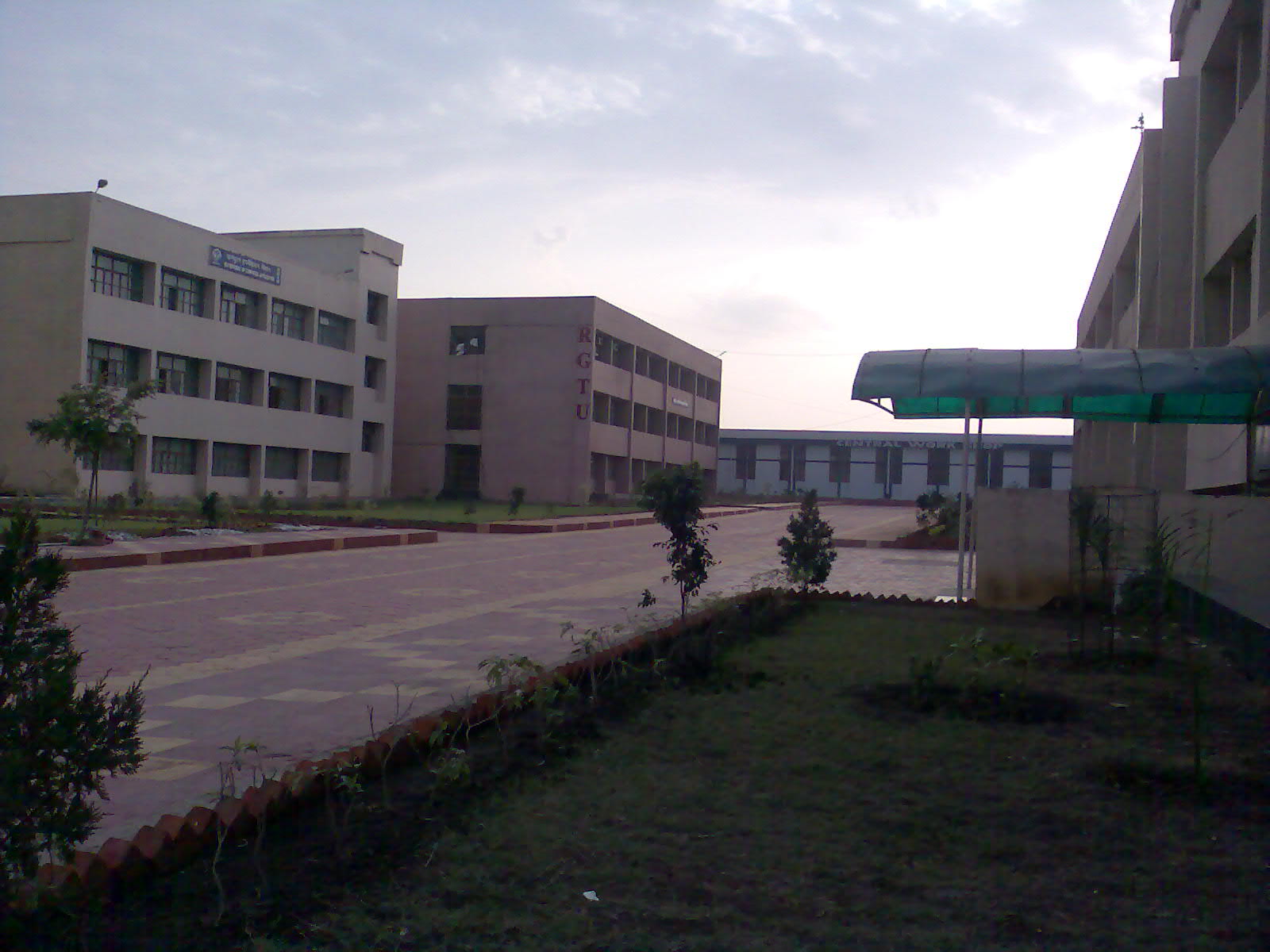 Barkatullah University (BU) is a Institute of Technology in Bhopal, India and it is a government engineering college in Bhopal Madhya Pradesh. The university was originally known as Bhopal University and it was renamed in 1988. This was done after the great freedom fighter Prof. Barkatullah, who was born in the area. BU is the main university of the capital city and provides degrees to most of the non-technical colleges in and around Bhopal.

This university is funded by the state government and the university also has a residential campus. Not to mention, this BU serves as an affiliating university for colleges of seven other districts. The institution affiliates the colleges of Bhopal district and other neighbouring districts. Namely Sehore, Vidisha, Raisen, Betul, Hoshangabad, Harda and Rajgarh. Barkatullah University has been accredited as a B category university by the National Assessment and Accreditation Council (NAAC).

The campus of Barkatullah University covers 360 acres (1.5 km2). It is on the National Highway 12 which passes through Bhopal. It is a residential-type campus and, apart from the quarters for the vice-chancellor and the staff, there are four hostels for boys and a hostel for girls. On the campus, there are buildings for departments such as the Institute of Physics and Electronics, Department of Pharmacy, University Institute of Technology, Management Institute, Department of Law, Psychology Department, etc. It houses an administrative building, a guest house, an auditorium and a playground.

Get: Hotel Managements Colleges in India

The institute was established in 1997, following approval of the All India Council for Technical Education (AICTE). It offers undergraduate and postgraduate teaching programs in disciplines of technology and sciences. It is a leading institution of central India. The institute has adopted internationally accepted Continuous Evaluation along with Credit and Grade Point Assessment System (CGPA) of evaluation for awarding the degrees. The institute has made its mark as an emerging centre for research in some key areas in science and engineering including Nanotechnology, Communication Technology, etc.

The engineering college of Barkatullah University was established as College of Engineering in August 1997 with the approval of the All India Council for Technical Education in concurrence with the Government of Madhya Pradesh. The institute changed its name to UIT in 2000. After some time, it changed its name to Barkatullah University Institute of Technology (BUIT). This is a leading technological institute of central India. BUIT offers UG, PG, PhD programmes in disciplines of engineering, technology and sciences.

The Barkatullah University, Bhopal has made available an exclusive area of 12 hectares (30 acres) out of the available 350 acres of land on the campus for building its instructional and administrative area. Presently the institute functions in buildings with a built up area of 9828 sq m. Moreover, construction of 7000 sq m for the instructional area and another 1000 sq m for workshop are being processed.

Additionally boarding facilities for 130 boys and 40 girls are available in the hostels on the campus. The institute shares facilities of the Health Center, the Computer Centre, Library, Sports and Games fields, Gymnasium, Cultural Hall & Auditorium, etc. Banking and Post Office facilities are available on the campus. An online testing facility for 60 students is in the institute for campus placement. Additionally, a state-of-the-art Computer Center with 60 clients, one Windows and one Unix server and broad band connectivity is on the institute premises. Allied facilities such as overhead projector, slide projector, Xeroxing M/c and fax m/c, is available. The entire campus is Wi-Fi enabled.

National Institute Of Technical Teachers Training And Research has a vision to be the world class leader for integrated development of technical education and training systems catering to the changing needs while achieving highest level of client satisfaction, quality, professional values and contributing to technological, economic and social development of the country.NITTTR, Bhopal has an excellent track record of introducing several new systems in the technical education and has successfully implemented several time-bound and professionally challenging projects for varied clientele.

(i) M.Tech Computer Technology and Application

Whereas with Affiliation to Barkatullah University, Bhopal, Master of Business Administration (MBA) is offered. Please note that (i) Two seats within the sanctioned intake for sponsored candidates ii) Reservation as per Govt. of India rules (iii) Candidates appearing in qualifying examination may also apply

Eligibility of candidates for NITTTR follows some rules. Namely a candidate seeking admission to M.E./M.Tech., first semester must have passed B.E. / B.Tech or equivalent examination approved by the AICTE in appropriate branch. This should have been done with at least 55% marks in the aggregate or equivalent CGPA {Ordinance 8(A) of RGPV, Bhopal}. Entry level qualifications for respective M.E./M.Tech. The candidate belonging to SC/ST category will get a relaxation in the qualifying marks as per RGPV Bhopal norms.

Application form is only available only online and students should fill this form for eligibility for admission. Online application forms are available on institute website http:// www.nitttrbpl.ac.in. Application Form Fee of Rs 750/- for General/OBC candidates & Rs 450/- for SC/ST candidates is to be paid strictly through digital banking only – NEFT/Internet Banking. Printed copy of the filled online application form duly signed with related documents and scanned copy of the receipt of application fee deposited as proof of electronic transfer is to be sent to “The Chairman (Admission Committee), NITTTR, Shamla Hills, Bhopal – 462 002”. on or before 28th June,2017.

Note that there are separate application form is required to be submitted for each programme. 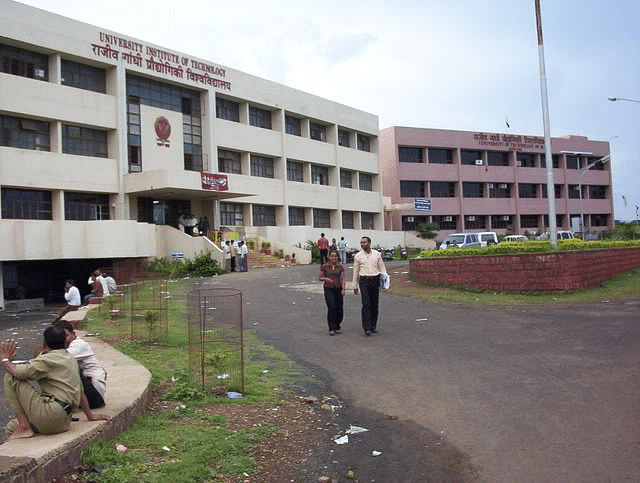 (UIT-RGPV) Bhopal is a community of teachers, staff & students, who are dedicated to the achievement of a shared vision of excellence. The community believes in renewing and transferring knowledge & skills and the development of positive & purposeful attitudes and values. Being in the campus of the State Technological University, the UIT-RGPV is in a position to offer excellent and high quality academic services to the students.

The Institution is situated in Bhopal, a city well known for its natural beauty & lakes. The city is well connected to the other parts of the country, by air, rail, and road. The large number of industries situated in and around Bhopal, provide excellent training opportunities to the students and staff.

The institution is situated near Gandhi Nagar on the outskirts of the city, about 3 k.m. from the airport on the Bhopal bypass road. The campus is spread on a contiguous 241.14 acres. The campus has Instructional blocks, Workshop, Library Block and administrative block. Apart from this the campus has residential facilities for the staff and separate hostels for both girls and boys. The institution provides a very healthy academic atmosphere and has large open space, playgrounds and academics parks.

The UIT-RGPV is governed by the rules and regulations of RGPV, and its councils of governance and management. The Vice Chancellor of RGPV is the nominal head of all management committees of the UIT-RGPV. The Institute has academic autonomy and therefore has freedom to adopt its own scheme and syllabus. Freedom is available to the UIT-RGPV faculty to adopt a variety of students learning strategies and develop learning resources. The RGPV controls the final certification of the students, though continuous assessment is managed by the faculty of the UIT RGPV.

UIT RGPV teaching faculty forms, an effective combination of experienced, well qualified, and talented, teachers. Most faculty members have done their Ph.D./M.E./M.Tech. from reputed institutions like IITs, NITs and University departments. Senior faculty members have held various Government and non-Government portfolios. Some have been eminent educationists and have contributed to leading international & national development agencies. The institution draws heavily on faculty expertise for planning, executing and monitoring diverse activities.

MANIT, UIT-RGPV, NITTTR and BU are the government engineering colleges in Bhopal that offer various courses and degrees.

Q) How to get the Government Engineering Colleges in Bhopal Application Form?

Aspiring 12 class students will have to fill up the JEE forms and the JEE form is available online. No other state exam takes place in Madhya Pradesh for admission in engineering colleges.

Q) What is the minimum educational qualification for Government Engineering Colleges in Bhopal?

Candidates should have 12th pass or its equivalent from any recognized board. It is necessary to have 45% marks (40 % in case of reserved category). Also, candidates must have Physics, Mathematics and any one of the Chemistry, Biology, Biotechnology, and Technical Vocational subjects in the qualifying exam of 12th standard.

Q) What is the Selection Process for the Government Engineering Colleges in Bhopal?

After declaration of JEE Mains result, the concerned authority will conduct the centralized counselling for all candidates. The candidates will be called for counselling as per the rank of the candidates in the merit list.

The admission will be followed by the document verification, filling of course and college choice, seat allotment and payment of counseling fee.

The seats will be allotted according to the candidate’s rank, filled choices and availability of seats. Candidates can report to the allotted college for admission after the allotment of seats.

Q) What all documents are required for verification Government Engineering Colleges in Bhopal?

Candidates must have these given below documents ready before appearing in the counselling.