There is a possibility that Buffalo Bills Pro Bowler Jordan Poyer will part ways with his team at the conclusion of the current season.

The contract of the defensive lynchpin for the Bills is set to expire at the end of the season, and the head office of the Bills is not optimistic about the situation.

The Bills are now engaged in a delicate balancing act with regard to their cap room, and they will be required to pay some free agents during the offseason of 2023.

Poyer is one of the players in question. Unfortunately, he is among the oldest free agents that they have available.

Also Read: Where Is Cuonzo Martin Coaching Now And Why Is He Leaving Missouri Tigers?

In March of 2023, Jordan Poyer’s current contract with the Buffalo Bills will no longer be in effect.

After his time with the Browns came to an end in 2016, Jordan signed a contract with the Bills on March 9, 2017, that was worth $1 million per year for four years.

During his first four years in Buffalo, he participated in 63 of his team’s regular-season games throughout the course of those years.

On March 17, 2020, as a result of his outstanding performances, he was awarded a contract extension for an additional two years that was worth $19.5 million in addition to other incentive add-ons.

Since the signing of his second contract, he has participated in 28 games during the regular season and recorded 156 total tackles, including 110 solo tackles and 46 assist tackles.

In addition to his other efforts, he has nine interceptions to his name.

Poyer has been a member of the Bills since the start of the 2017 NFL season.

Over the course of his total of six seasons, he has been in the postseason five times. As a member of the Bills, he has participated in eight postseason games and had a total of 44 tackles, including 27 solos and 17 assists.

The Bills have relied heavily on Jordan during the course of the regular season as well as the postseason, and the Bills Mafia is anticipating that he will continue to shine in the games that the Bills play in the playoffs this year.

The Buffalo Bills are benefiting from Jordan Poyer’s usual high level of performance during the 2022 – 2023 season.

While contributing to one of the league’s top offenses, he has assisted the Bills in maintaining a respectable level of play on defense.

Poyer has recorded 44 solo tackles, one forced fumble, and four interceptions so far this season in the league.

His stat line for the season is as follows: The Buffalo community may find it difficult to get over the departure of former Cleveland Browns player Jordan Poyer, since the Buffalonians have grown very close to Poyer over the course of their time together.

A pair of strong performances during the postseason would do the trick.

Jordan Poyer, a well-known safety for the American football team, has an estimated net worth of $7 Million.

The most well-known safety in American football, Jordan Poyer, has an estimated net worth of somewhere about $7 million, according to a variety of web publications (including Wikipedia, Forbes, and Bloomberg).

During his time as a professional football player, Jordan Poyer has established himself as a star on the field.

Because he signed a significant amount of contract with a professional football team, he has been able to accumulate such a huge net worth.

He will receive a signing bonus of $60,256 in addition to the $2.22 million base salary that he agreed to with the Philadelphia Eagles when he inked his first professional deal. He has a history of playing football for well-known teams.

His most recent large contract was with the Buffalo Bills, and it was for a total of $13 million, including a guaranteed payment of $7.40 million.

The form fee that Jordan Poyer charges the professional football team in exchange for playing on their squad is the principal source of money for Jordan Poyer.

In addition to that, he has asked for a sizable sum of cash in exchange for business marketing and appearances on shows.

In the year 2023, he has accumulated a net worth of $7 million thanks to his success in football, which has earned him millions of dollars each year.

Also Read: Cheyenne Floyd: What Happened To Her On Teen Mom; Is She Leaving The Show?

During his time at his previous school, Jordan was an outstanding athlete in every sport he participated in, including football, basketball, and baseball.

His abilities on the baseball team were a major factor in the club’s run of success that culminated in a state championship.

In the 42nd round of the 2009 Major League Baseball Draft, the baseball franchise Florida Marlins selected him to join their roster.

During the basketball game, he was also given the honor of being crowned Player of the Year for the Cowapa League. During his three years at the helm of the quarterback safety position at his high school, he racked up a total of 123 touchdowns.

Following his graduation from high school, Jordan Poyer enrolled in Oregon State University, where he was a member of the football squad for the Oregon State Beavers. He played in 13 games and recorded 11 tackles during his freshman season.

After that, he went on to have outstanding performances in 2011 and 2012, for which he was recognized as a member of the All-Pac-12 first team and was also selected as a consensus All-American.

The safety for the American football team Jordan Poyer is currently residing in a happy household with his wife and their children. He finally proposed to his long-term love, Rachel Bush, and they got married. In 2015, the couple began their relationship.

They are content with how things are going in their personal life right now. Aliyah, their daughter, was born on December 30th, 2016, and is the product of the couple’s union.

On February 17, 2018, the couple celebrated their wedding with family and friends in Jamaica. Rachel Bush, who is married to Jordan Poyer, is a well-known Instagram model who resides in New York.

She always had a strong interest in athletics, therefore she participated in a wide variety of sports while she was in high school. But later on, she decided to pursue a career in modeling instead.

She entered the Miss Pageant 2014 competition that year and made it all the way to the final round of the competition.

Many admirers of the couple are curious about how they first became acquainted with one another. The two of them connected via social media. Not to mention the fact that both of them are quite well-known in their own industries.

In 2013, the Philadelphia Eagles selected Jordan Poyer in the seventh round of the NFL Draft. This was Poyer’s first year playing in the National Football League.

During the training camp, he also competed against Brandon Boykins, Brandon Hughes, Curtis Marsh Jr., and Trevard Lindley in the role of a backup cornerback.

After making his first appearance in a professional game against the Washington Redskins, Jordan Poyer led his team to a 33-27 triumph over the opponent.

During the same season, he made his first tackle of his professional career while playing with teammates Nate Allen and Fred Davis.

During a game that his team, the Cleveland Browns, played against the New England Patriots and lost 27-26, he recorded a season-high six solo tackles to tie for the team lead.

In the game against the Cincinnati Bengals that took place on December 14, 2014, he recorded a season-high four combined tackles despite the Browns’ loss by a score of 30–0.

Later on, in a game that they lost by a score of 20-0 against the Baltimore Ravens, he made a season-high three solo tackles.

In addition, Poyer’s career was looking very bright in 2015. The Browns were defeated by the Denver Broncos by a score of 26–23, and Jordan was responsible for three solo tackles.

During the 14th week of the season, he scored two solo tackles and his first sack of his career against the Blaine Gabbert as the San Francisco 49ers defeated them 24-10.

He finished the 2015 season having played in 14 games, during which he recorded a total of 43 tackles, four pass deflections, two interceptions, and a sack.

Poyer kicked off the 2016 campaign by participating in a game that was ultimately unsuccessful and was played against the Philadelphia Eagles.

During the game against the Miami Dolphins on September 25, 2016, he had a career-high combined total of 13 tackles and also broke up a pass. The Dolphins won the game 30–24.

During the 2016 season, he played in six games and started all of them, tallying 39 total tackles and two pass deflections. 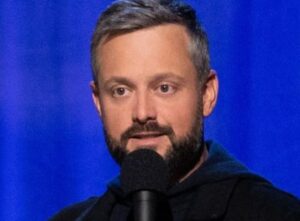